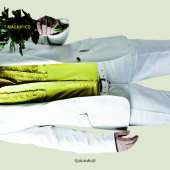 The Balkan invasion of Europe has begun. Goran Bregovic blazed the trail, now Magnifico is at the ready to open up new terrains of fun. With his wacky mix and jaw-dropping stage presence, he's set for success." - laut.de

"Magnification" by Magnifico is available!