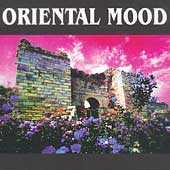 After four self-produced CD`s ('Travels'1994,' Oriental Mood' 1996, 'Ax Kurdistan' 1996, and 'Kurdistan - The Forgotten World' 1998, both with Nâze Botan)'Oriental Garden' was the first CD published outside of Denmark. We filled this gap and we released a summary of their early works for a wide-spread audience, including two live-recorded songs from 1999 and two more songs were included from their productions with the Kurdish singer Nâze Botan. www.united-one.com