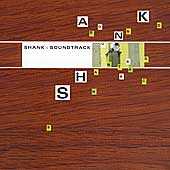 Berlin's top Jazz-club Quasimodo was the perfect place to develop a new concept. Their second CD 'Soundtrack' was recorded there on May 21, 2000. With no cuts or overdubs and just a small chaser of atmospheric ambient sounds to heighten the live character, the chosen tracks from this concert are as live as live is. Produced, compiled and mixed by Andreas Weiser.----- www.united-one.com