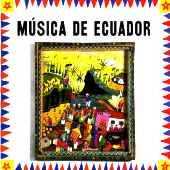 The term national music' has come to be applied to a large number and variety of musical forms. All of them originated in the multicultural population groups of the towns and cities, some of which had had more or less formal musical education than others. Between the closing years of the last century and the middle of our own, any amount of new music was created with the artistic aim of uniting the specifically Ecuadorian' with European forms and arrangements. (Arturo Aguirre and Segundo Guana)